When it comes to running tasks, caching etc., Lerna and Nx can be used interchangeably. When we say "Lerna can cache builds", we mean that Lerna uses Nx which can cache builds.

It's costly to rebuild and retest the same code over and over again. Lerna uses a computation cache to never rebuild the same code twice. This is how it does it. 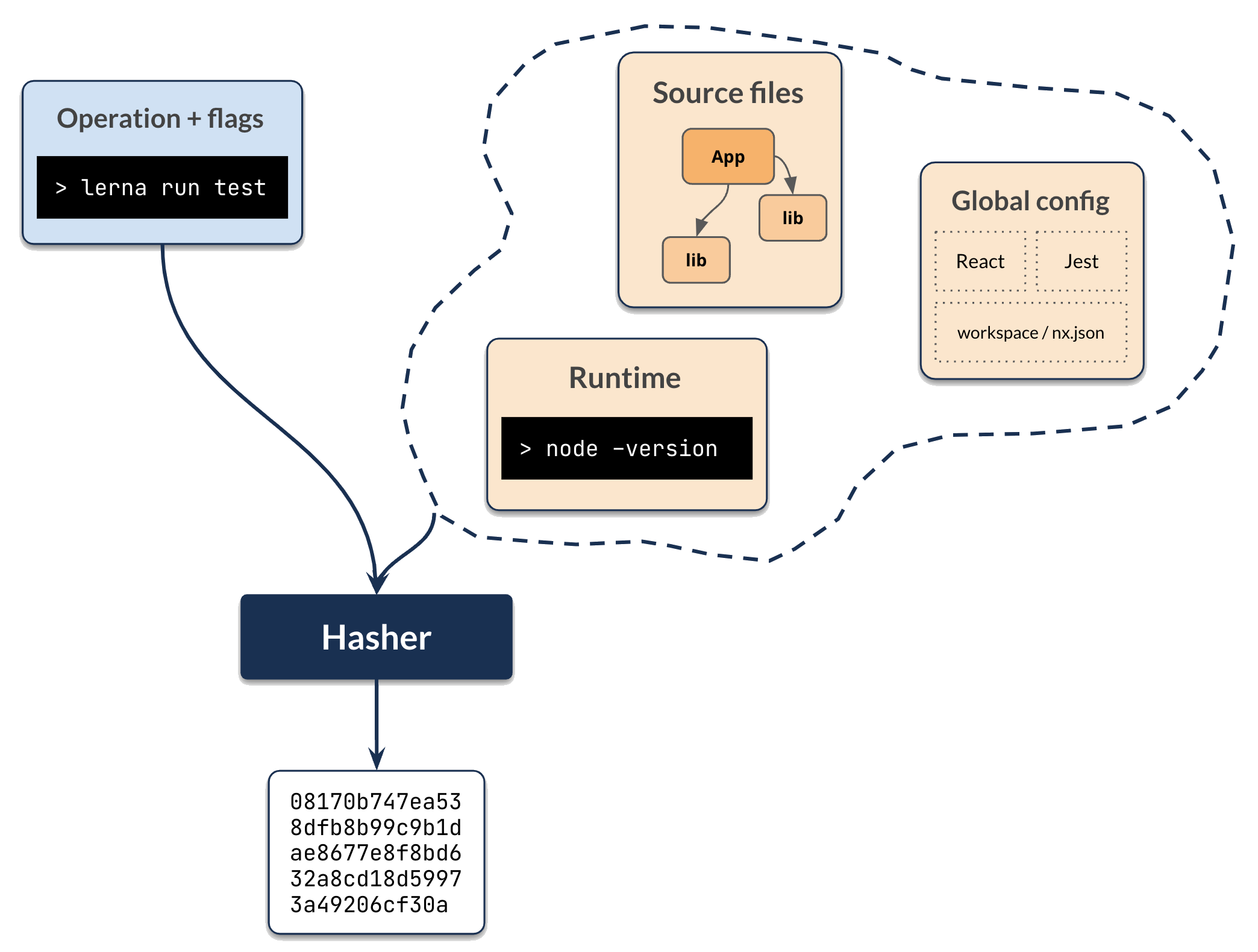 This behavior is customizable. For instance, lint checks may only depend on the source code of the project and global configs. Builds can depend on the dts files of the compiled libs instead of their source.

After Lerna computes the hash for a task, it then checks if it ran this exact computation before. First, it checks locally, and then if it is missing, and if a remote cache is configured, it checks remotely.

If Lerna finds the computation, Lerna retrieves it and replays it. Lerna places the right files in the right folders and prints the terminal output. From the user’s point of view, the command ran the same, just a lot faster. 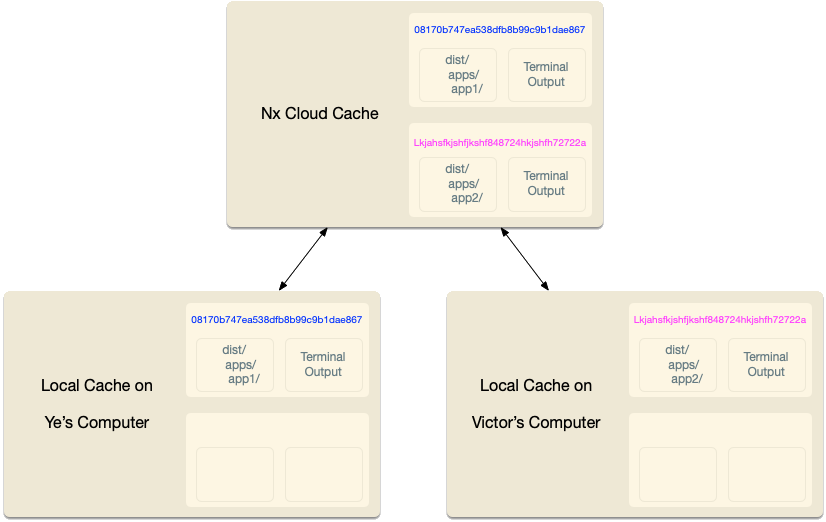 If Lerna doesn’t find a corresponding computation hash, Lerna runs the task, and after it completes, it takes the outputs and the terminal logs and stores them locally (and if configured remotely as well). All of this happens transparently, so you don’t have to worry about it.

Although conceptually this is fairly straightforward, Lerna optimizes this to make this experience good for you. For instance, Lerna:

As your workspace grows, the task graph looks more like this: 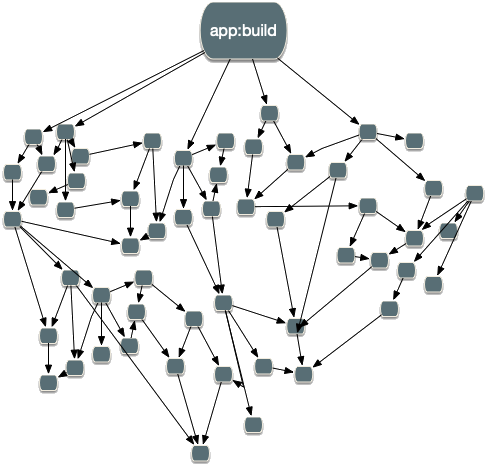 All of these optimizations are crucial for making Lerna usable for any non-trivial workspace. Only the minimum amount of work happens. The rest is either left as is or restored from the cache.

By default, Lerna is conservative. When running, say, lerna run test --script=remixapp Lerna will consider all the files in the remixapp directory and all the files in the header and footer directories (remixapp dependencies). This would result in unnecessary cache misses. For instance, we know that changing a footer's spec file will not change the result of the test command above.

We can define a more precise configuration as follows:

Your targets can also depend on runtime values.

Note, only the flags passed to the npm scripts itself affect results of the computation. For instance, the following commands are identical from the caching perspective.

In other words, Lerna does not cache what the developer types into the terminal.

If you build/test/lint… multiple projects, each individual build has its own hash value and will either be retrieved from cache or run. This means that from the caching point of view, the following command:

is identical to the following two commands:

Lerna works on the process level. Regardless of the tools used to build/test/lint/etc.. your project, the results are cached.

Lerna sets up hooks to collect stdout/stderr before running the command. All the output is cached and then replayed during a cache hit.

Lerna also caches the files generated by a command. The list of files/folders is listed in the outputs property of the project's package.json:

If the outputs property for a given target isn't defined in the project' s package.json file, Lerna will look at the targetDefaults section of nx.json:

If neither is defined, Lerna defaults to caching dist and build at the root of the repository.

Sometimes you want to skip the cache. If, for example, you are measuring the performance of a command, you can use the --skip-nx-cache flag to skip checking the computation cache.

The cache is stored in node_modules/.cache/nx by default. To change the cache location, update the cacheDirectory option for the task runner in nx.json:

By default, Lerna (via Nx) uses a local computation cache. Nx stores the cached values only for a week, after which they are deleted. To clear the cache run nx reset, and Nx will create a new one the next time it tries to access it.

The computation cache provided by Nx can be distributed across multiple machines. You can either build an implementation of the cache or use Nx Cloud. Nx Cloud is an app that provides a fast and zero-config implementation of distributed caching. It's completely free for OSS projects and for most closed-sourced projects (read more here).

You can connect your workspace to Nx Cloud by running: